We travel through a world, which is at once real and imaginary: Starkly framed still and moving pictures of Tokyo’s urban spaces as well as historical photo, film and video material are confronted with Western settings – fairytales, travelogs. Dominant Fiction tells of the exoticization
of the »other«, the formation of the collective imagination, and of the construction of story and history. 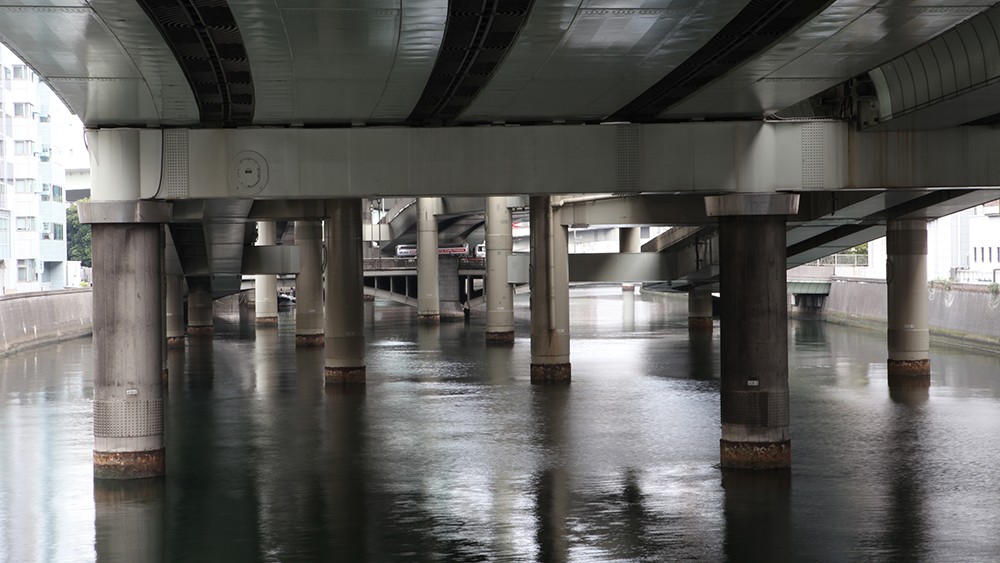 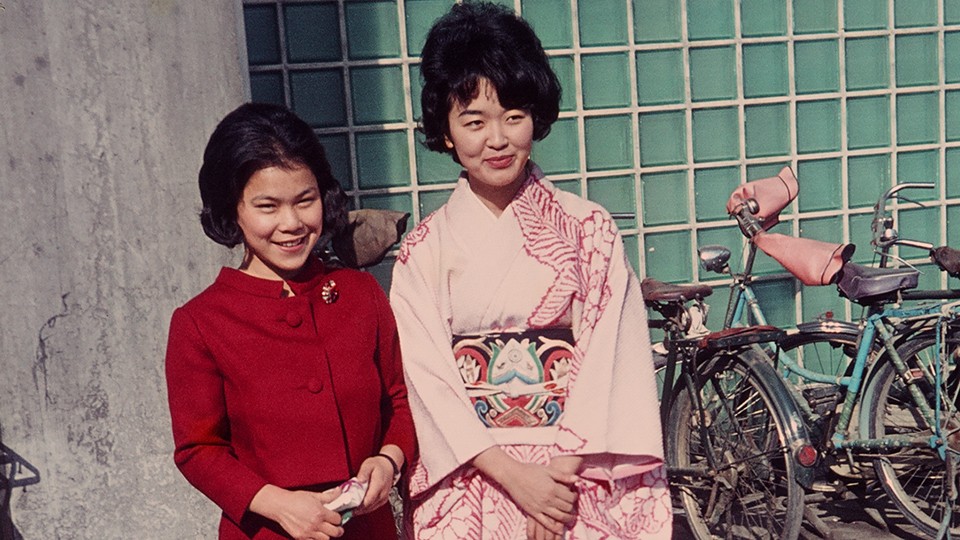 The work refers to origami – the traditional Japanese art of transforming a flat sheet of paper into a three-dimensional sculpture, as well as to the reduced aesthetic of Tokonamas, the meditation ‚corner’ (nische) in Japanese houses. The objectiv of this work is a mediative and joyful research about space and our awareness of light. 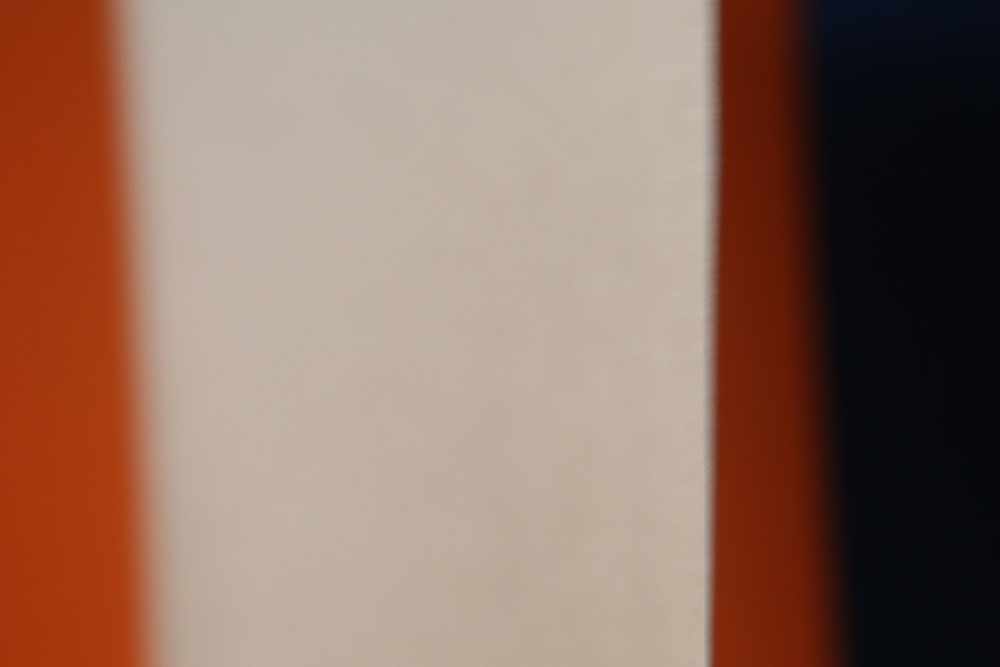 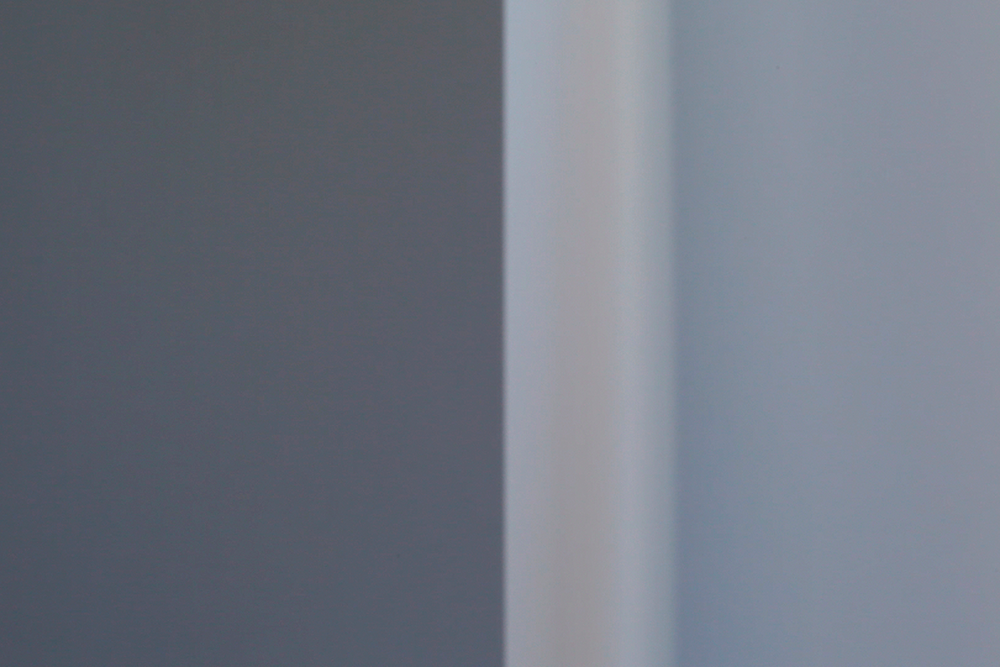 The film encourages a perception of minimal changes. Processes that divide time with their specific rhythms. The films, shot before and after each performance of two different concerts flow into each another and condense time and space into a single repeating sequence. Just as certain parts of the scores are played with different tempi and modes, so too are situations repeated in a slightly varied form, thus questioning the act of seeing and perception. 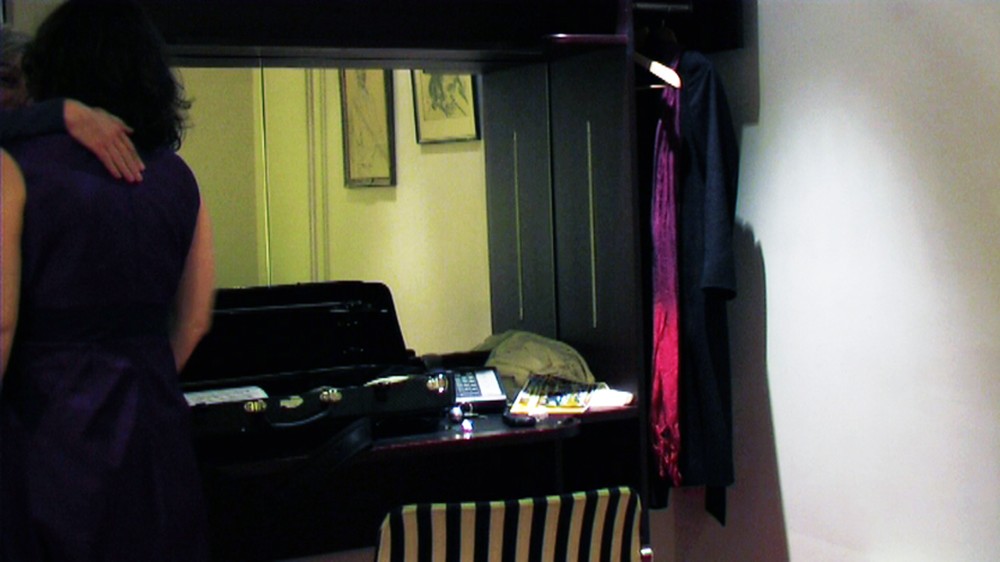 The video »all dressed up« was created together with the installation »American Dream«. The video zooms to the centre of the dumpster to display an abstract blue patch of colour reminiscent of a monitor in stand-by mode. The horizontal movements of the hand while painting it white are replaced by vertical coloured lines of a length of fabric. Set in motion, the fabric takes on a corporeal quality, thus lending the abstract patch three-dimensional depth. Ambiguity, syntactic equivocality, is the common denominator of the works in the exhibition “Full House” at Kunstpavillion Innsbruck.
Space, body, motion, materiality, structure and their relationship to each other are negotiated in a subtle and yet disconcerting manner. Inside and outside, corporeality and materiality are intertwined, thus challenging their perception. “Full House” is an installation developed together with the artist Lotte Lyon for the exhibition of the same name at Kunstpavillon Innsbruck. Fifty panels of wood of the same size were stacked horizontally, vertically and leaned together at an angle to create a monumental and yet fragile sculpture with projections and sounds emanating out of its centre.

The questions concern the relationship between the flat and the three-dimensional, the experience of spatial conditions, materials, colours, proportions, function, motion and how we can use and extend spaces. 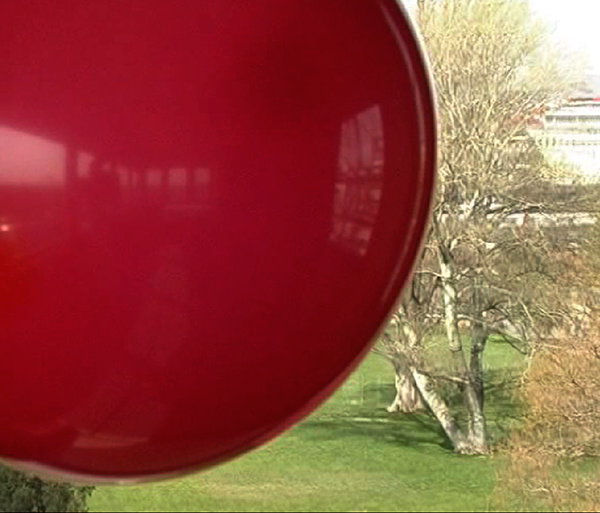 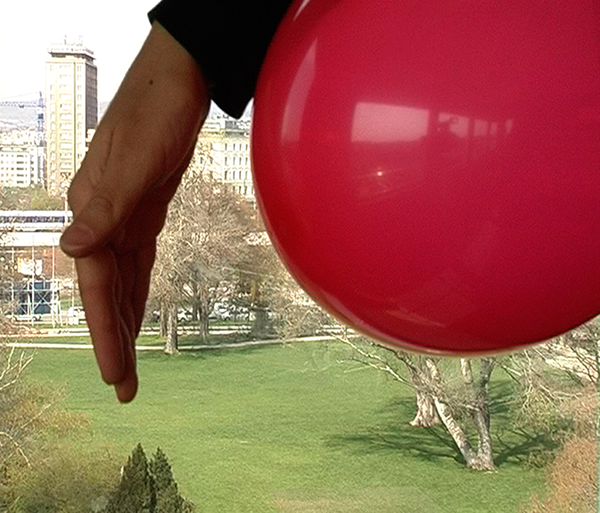 Manuela Mark’s performative video works are concerned with questions of proportions, spatial planning, the relationship of the human body and built/grown places or structures. But also of real and media spaces, real and virtual spaces. The topic is a possible definition of spaces. Not a fixed one – rather an exploration of possibilities of movement, adjustment, expansion of these spaces. The body can be fragmented, like in »Tlön«, and yet persevering. Almost as if the visitor had to run his/her head against the wall. The bursting of limitations. To yet again playfully adjust and with enormous consistency to the predefined space modules of a living room shelf afterwards. Horror vacui e-scape renders the space between the window pane and what is opposite perplexing and intangible. Where exactly in space is the person in the red rain cape who is walking around out there extremely slowly?
It is a walk along the boundary between real space and virtual infinity. An appropriation of space and time, a (historical) self-assurance similar to the nineteenth-century genteel stroll to viewing points and panoramic trails along national borders. The view from the window becomes a view of the screen. What lies beyond, the horizon, is equally endless.